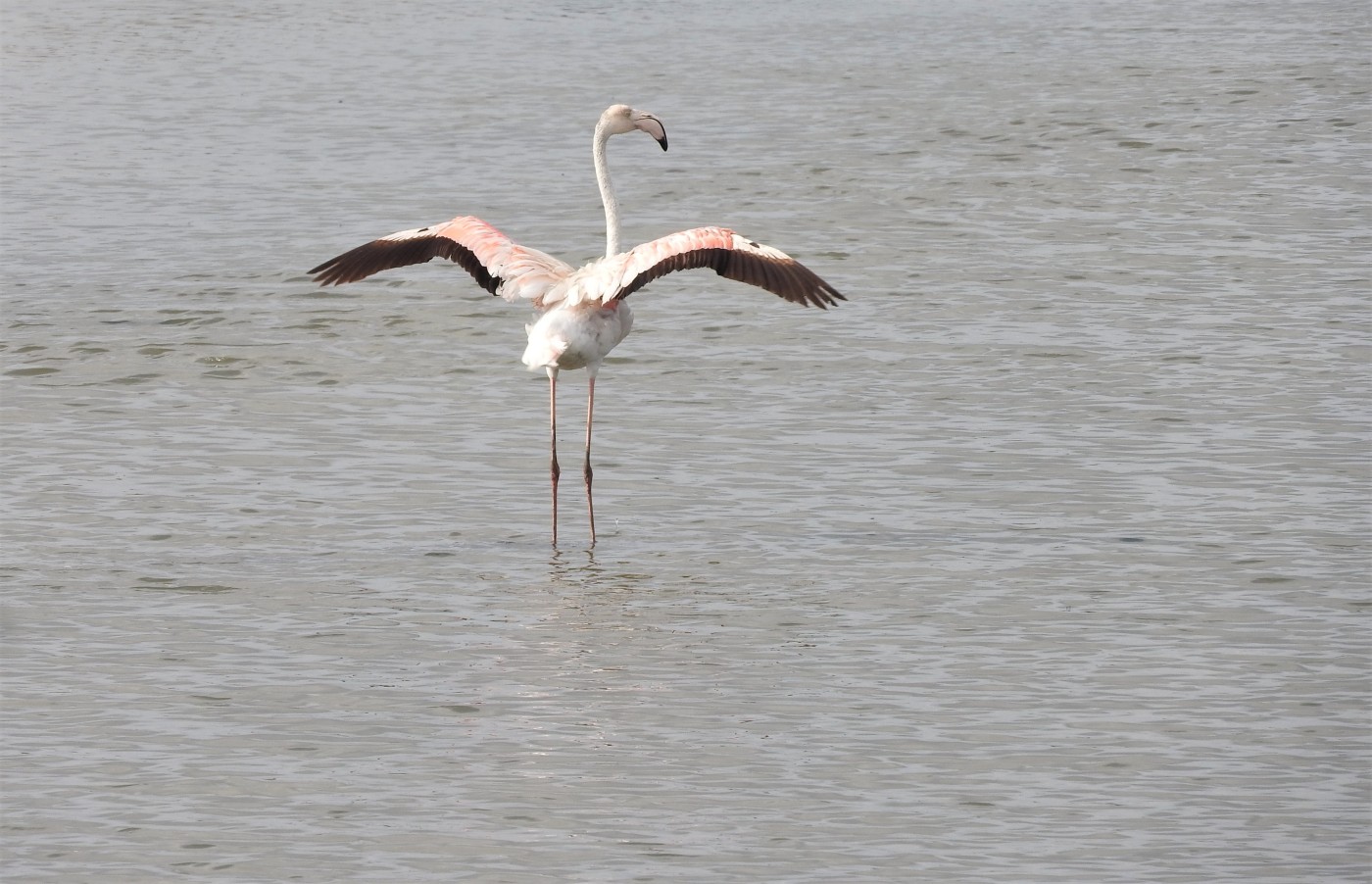 I have started to go bird-watching again. My body seems to have regained some of its strength. So, I have been visiting bird-friendly areas; to re-acclimatize myself to their sights, smells and sounds. But, this is not the part of the narrative in which the protagonist reconnects with something he loves. And miraculously – everything gets better. No, no, no. You must have my life confused with a lousy indie film.

The summer of 2017 has its pratfalls. I am angry that my 91-year-old grandpa had to undergo a surgery a few days ago. The last mile should not hurt this much. I am also not thrilled that my trusted camera has decided to call it quits. To make matters more unpleasant, I have been advised against traveling to hill stations until October.

I feel confined, sweaty and unsexy. The weather is getting worse. Life is not a box of chocolates. Because, often, nice things like cocoa butter and sugar have nothing to do with what we go through. But then, there are silver linings. And sometimes, they come in pink.

During a sultry afternoon last week, I was driving past the Sholinganallur Lake. For decades, it has been a hunting ground for many residential and migratory waterbirds. But I have never been a regular visitor. Birding fraternities regularly show up during early mornings. It gets too crowded and noisy for me.

This time, while maneuvering through a bumpy road, I thought I had spotted Painted Storks at a distance. As I drove close to the lakeshore, I realized that it might be a flock of Greater Flamingos. But I wanted to be doubly sure before squealing in delight. Because 2017 has reinforced that life is not a smartly edited sequence of events that follows a linear and pleasing narrative. There is no such as an anti-climax. Because the effort we put in does not always correlate to the outcomes we have to deal with.

We came into this world as randomly as possible. And most of us exit the same way. So, why do we hold sacred, with a frightening level of intensity, whatever happens in-between?

As it turned out, I was in the midst of Greater Flamingos. Closely related to its American and Chilean counterparts, this strawberry milkshake of a bird is the largest species of flamingo. It visits my city every winter and at times, it extends the pit stop.

I sat down by the pavement that faced the lake and watched them forage in the shallow waters. I took a few photographs but then, my camera made funny noises and switched itself off. The sun was beating down on me, like a mean and smoking-hot stepmother. In awe of their exquisite movement in the shallow waters, I stayed for about 30 minutes. I wanted to soak it all in.

Three days later, I returned, along with my niece. It was the first time we had gone out together to see birds. We stood, about 200 meters away from the flamingos. When one of them took off, like a psychotic tram, I signaled to her. But she seemed more invested in the Painted Storks. She claimed that they were prettier and more interesting.

When I reached home, I felt satisfied. Reinvigorated. Hopeful again. Happy that I could finally share my love for birds with my niece. Excited about the photographs I had taken. Eagerly, I connected the camera to my laptop. But, the system could not recognize the device. I re-plugged it in vain. This had happened before. Different Nikon Coolpix model. Same unfixable problem. 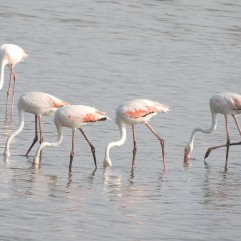 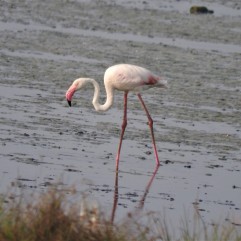 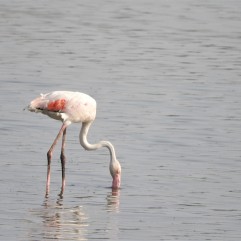 I knew that I had to buy a new camera. Sadly, the one I wanted was unavailable in most of the shopping websites. Then, the stores told me that it sold out months ago. The weekend is around the corner, and I am not sure what I intend to do. Going bird-watching without a camera is definitely an option. However, I love photographing birds; almost as much as spotting them.

I am not worried, though. Like I said, there are no anti-climaxes.

They walk
amongst crustaceans,
small fishes, and
tiny rocks;
marching until
the day is done,
like weary dancers
– bathed in
strawberry-pink sauce.

8 thoughts on “Life is not a box of chocolates; it is a flock of flamingos”