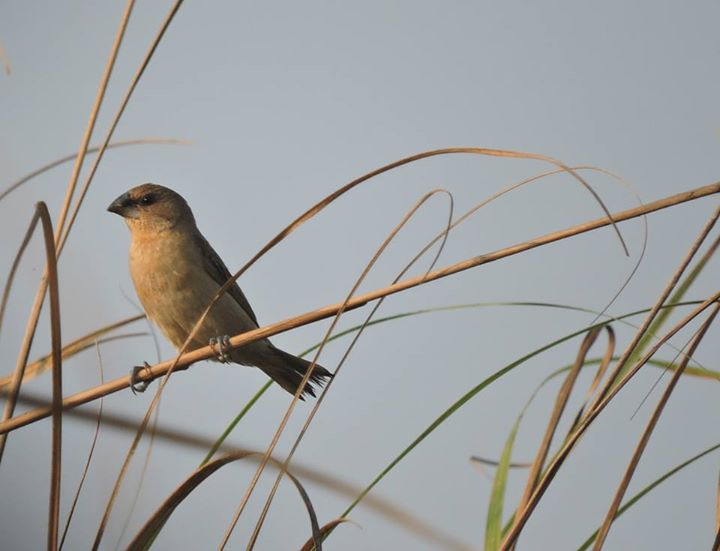 As much as birdwatching lends itself to transcendental possibilities, I am painfully aware that I don’t speak the same language as birds. But, it has never stopped me from talking to them. I try to keep it short and one-sided. I tell them about the little things that pass, like thunderstorm clouds, through my head.

Either they ignore me and continue their daily businesses. Or they turn extra attentive about perceiving me as a threat to their nesting areas, and they become frightened and annoyed. It may be a selfish relationship, but nobody gets hurt – so, I don’t feel bad about it.

After all, my biased interpretation of what is right or wrong is more important than anyone else’s. Simply because they are mine. All my world’s a chicken coop. I will poop wherever I want to.

A few years ago, I had my first conversation with Scaly-Breasted Munias. I had been talking to birds for a few months already, by then. This time, I asked two female Munias, who were  perched upon a thorny shrub if they had a name that I could call her. They said very little besides “tweee tweee tweee”. A few males then dropped in, next to them. And I met them with my interpretation of Hello, I Love You – a 1968 rabble-rouser by The Doors.

Unremarkably, they too responded with joyful yet panicky bursts of “tweees”. 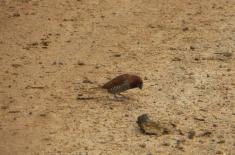 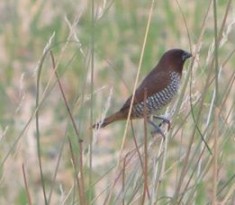 Seconds later, all of them flew away. I can only presume that it wasn’t because of the song lyrics. It’s probably because  I sing like how a person, fast asleep, might grunt if you punched him viciously in the neck. I also realized from that I could sing to the birds, instead of boring them with the mundane details of my life.

Even if they wouldn’t care either way, I could at least pretend to myself that I was returning the favor.

Sing to me, birdies.

Well, you started it.

With a nutmeg
for a bosom,
she bears
the swiftness
of the breeze
on her beak;
the morning sun
licks dry her tail,
as she mutes the rain
and sings “hello, I
love you, won’t you
tell me your name”.