(1) Madras was a weekend at Bangalore; a chance to experience a more “western” lifestyle. We stared at liquor marts until conjunctivitis sets in. We gawked at women smoking outside tea shops because our mothers and aunties would never do that. We also took photographs of each other striking soft-porn poses on MG Road. Madras was a day at the beach in Pondicherry where we peed in the clear blue ocean and mispronounced “bonjour” every chance we got.

(2) Madras was Bata Shoe Stores and Kalimark’s Bovonto beverages. No matter what Chuck Palahniuk said – even on the longest of timelines, not every brand’s survival rate drops down to zero. Madras was also that frantic sound which chimed the arrival of the friendly-neighborhood kulfi ice cream vendor. Screw the postman. Our kulfi man always rang a bazillion times.

(3) Madras was the science exhibition at Island Grounds near the Marina Beach. The colorful lasers and cartoonish chemistry equipment-like objects that turned us into Alex Pandians in Wonderland. Madras was the Jumbo circus which gave us bad dreams about scary clowns and sad animals. All the enchanting town fairs with merry-go-rounds, giant wheels, endless rolls of cotton candies, and excitable salesmen making sycophantic cases for irrational culinary equipment.

(4) Madras was P James – an entertainer extraordinaire and captivator of imagination for children, who haven’t read Lewis Carroll. Hot on his heels was PC Sorcar. We were grateful to him for making the Taj Mahal disappear, at least for a few seconds.

(5) Madras was Fred Savage. The kid who played Kevin Arnold in a popular sitcom – The Wonder Years. It was Doogie Howser – a child prodigy of a TV doctor who proved that the smarter you are – the dumber you can be. Those cornball blue-screen diaries that taught us life lessons. Let’s not forget Vicky – the robot child from Small Wonder with a voice that only the whitest robotics engineer in the world could love.

(6) Madras was bloodlust of children. This vile need to reaffirm our imaginary place on the food chain by torturing reptiles and insects. Shuttle rackets were used to swat dragonflies before their wings were peeled off. All this because that weird uncle won’t quit asking us to sit on his lap. And we threw stones at garden lizards because that’s how we dealt with bullying. We projected the abuse.

(7) Madras was Niladri Bose, Rudra Krishna, and radio jockeys. They had their work cut out because there was only one station in town that played English music. They were men with deep voices who bring Seventies rock and roll music and witty banter between 7 PM to 9 PM every week. When the MTV era began, Danny McGill and Luke Kenny had us strumming air guitars to Roxette. Then, VJ Sophia Haque emerged as one of the most attractive and intelligent people to talk about music on television.

(8) Madras was Rock Street Journal (RSJ) magazine. Our entry into the world of mainstream and alternative metal. A monthly gift that kept on giving. It introduced us to many heavy metal sub-genres. And we quickly developed an irrational hatred towards society, family, politics, health, and hygiene. 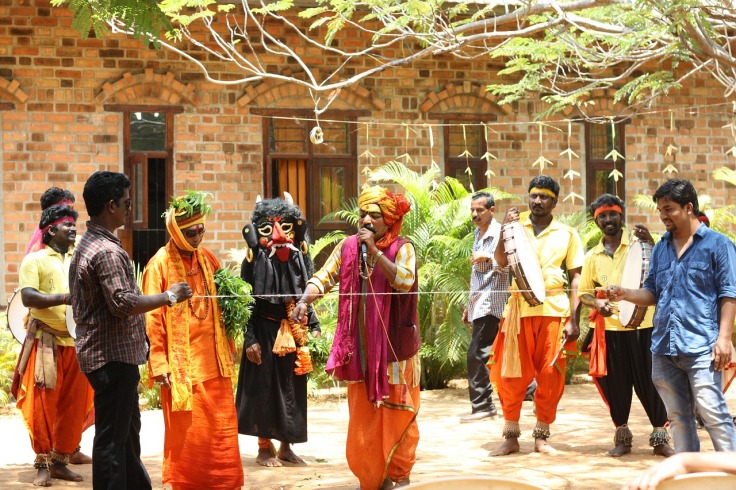