When I turned 30, I felt insecure about my age whenever I accidentally caught my reflection in the mirror. I groaned as I sauntered past glass-encased pillars and tinted car windows. It wasn’t about the wrinkles, the graying beard or the receding hairline. But in my eyes – there shone, ungallantly, a reminder that things weren’t going according to a sustainable plan. I thought about how much time had gone by in my life and how little it had amounted to.

I wondered each time if it was the universe’s way of asking me to choose the path I truly wanted to tread upon. I couldn’t commit to any sort of significant change back then. So, I did little things to convince myself that there still was hope for a brighter future.

Every time I did so, I felt guilty about being one of those middle-aged people who deal with aging, like babies do with skin rashes on their butts. If you haven’t handled a baby before,  here’s a clue – they aren’t very bright.

I spotted my favorite Great Indian Hornbill couple for the first time a few weeks after I had turned 32. I was better at managing age-related insecurities by then, thanks to a growing love for birds. Mirrors no longer bothered me.

For the next few years, I remained in touch with the couple. I saw them build a home and raise a family together. In February this year, I even got a chance to photograph their little ones.

But it had never occurred to me, until recently, to check the average lifespan of a Great Indian Hornbill. It surprised me to find out that they were long-lived birds, reaching up to 35 years or more. In captivity, some have even crossed the half-century mark. 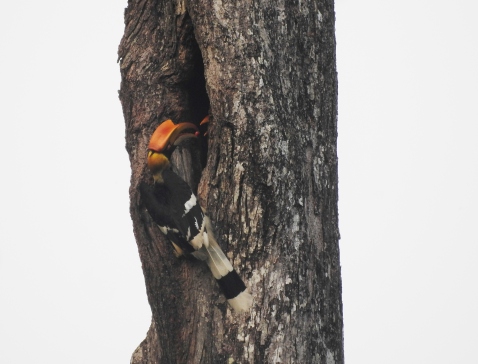 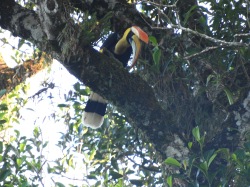 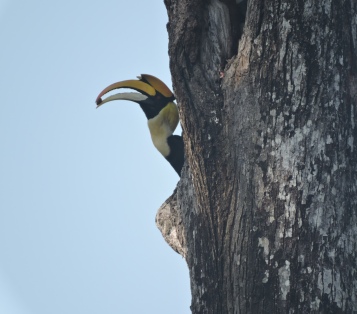 It filled me with warmth. I was happy that they get to soar our skies for such lengthy amounts of time despite everything that stands in the way of their survival. And how they pave the way for future generations by relying on their instincts in the face of adversities.

We may chase them away from their homes. But we will never change the type of bird each Great Indian Hornbill aspires to be – a productive member of a shared planet.

Unfortunately, human beings don’t deal with the aging process in such delicate yet primal ways. Instead, we become the kind of person we once felt aggravated or repulsed to be around. 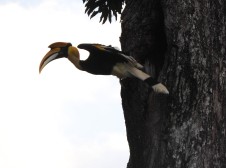 I guess, that’s a part of adulthood. Sooner or later – many of us turn into monsters that we once dreaded. Perhaps we were monsters back then too, but we just didn’t know it.

What if it took us all this time to find out who we were meant to be in the first place? 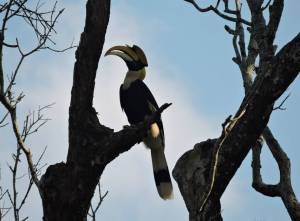 Time heals,
but it also glorifies defeat;
age is not a number,
it is an edited story
about escaping routines.

26 thoughts on “The answer to life is not 30: Great Indian Hornbills”