As I was stranded for over 5 hours in traffic due to the flooding in Chennai, two things occurred to me. One is that I cannot wiggle either of my ears. The other is that Chennai is as much a developed city as the whale is a fish. Even if it looks, sounds and smells like a metropolitan, it will never be one considering how uneven its infrastructural development is.

There are no sustainable benefits in striving to be global when progress has been historically stalled at the grassroots level. It is clear that my city isn’t ready for such rapid expansion. It now buckles under the smoldering weight of its cumulative greed. In the event of such disastrous events, because of this, each of us suffer a lot more. Irrespective of our income levels, at some point – we all feel helpless.

Only in recovery do disparities in the extent of damage rear their heads. Many of us will do just fine. Our houses might leak, but they won’t break. We face logistical issues getting in and out of our offices. As long as we stay clear of potholes, falling trees and power lines, we should be fine. We are panicking because this is the scariest calamity we have had to endure since the tsunami/earthquake of 2004.

They won’t be blogging about the floods. Ranting about the traffic on Twitter. Or taking an irresponsible drive through a coastal highway in bad weather to photograph Spotted Owls, Long-Tailed Shrikes and Painted Storks.

It’s not as though the blame lies solely with the city authorities and / or corporate greed. As my astronomy enthusiast of a friend posted  about civic responsibility:

In a way, we have let each other down.

I am not exempting myself. In fact such realizations occur to me only when I am personally affected. When united in fear – it dawns upon me that we are all one and the same. 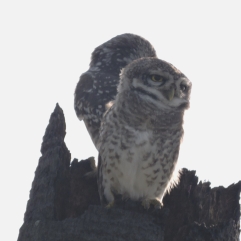 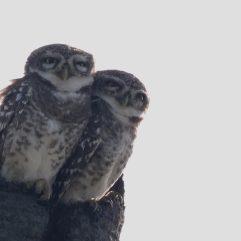 I was deprived of food, water, bathroom breaks and a birthday celebration two days ago for 5-6 hours. There was a chance that I might have had to call a tow truck to bring home my car. Maybe a socially-awkward call to a friend or family member. A bout of the common cold and a bad hair day to boot.

And now, all of a sudden I want everyone in my city to hold hands and discuss – through folks song – how exactly we can help each other out.

Where once was home
now lies scattered – songs
about paper boats
struggling to keep afloat.

15 thoughts on “There is a hole in my bucket: Flooding in Chennai”