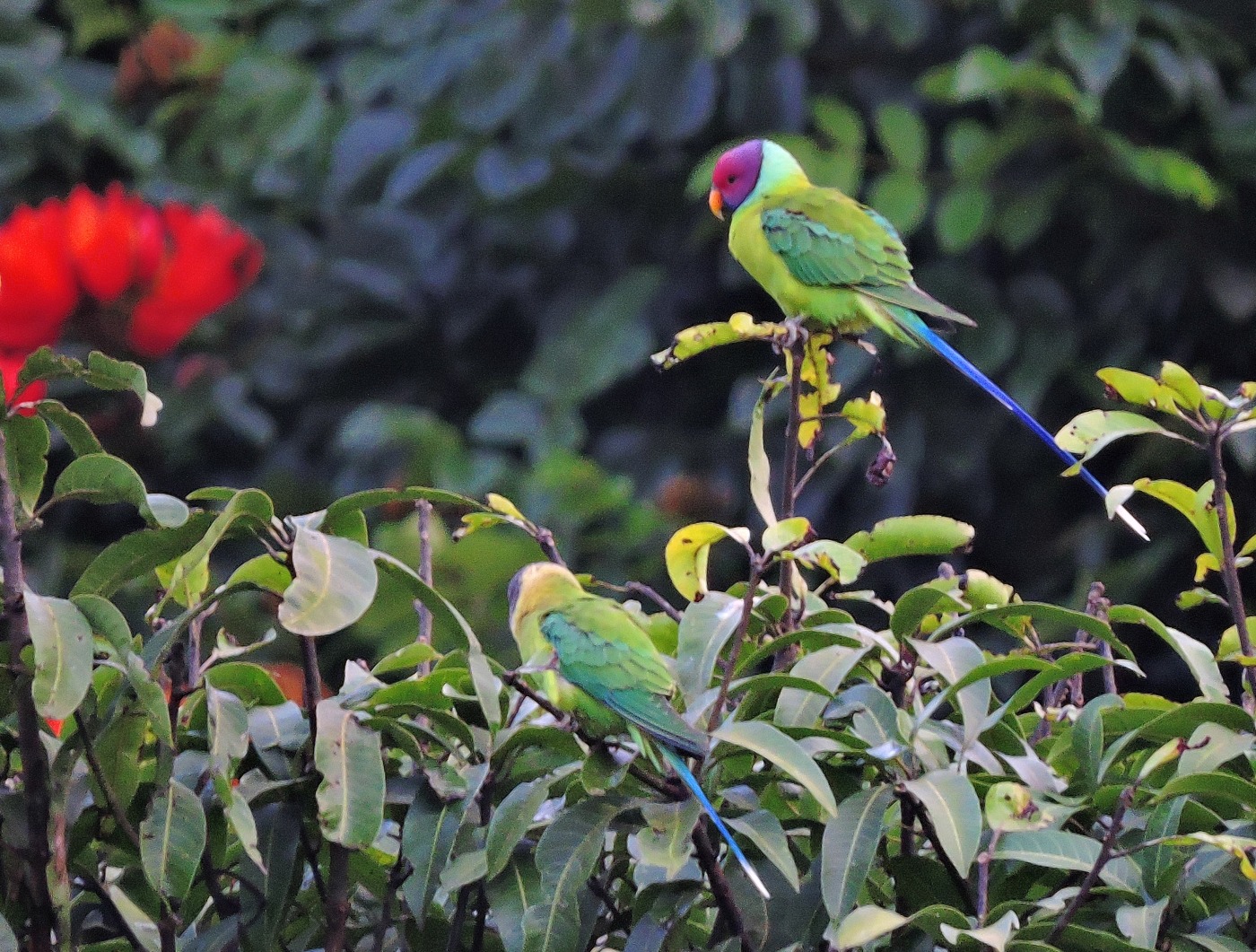 Whenever I go looking for a particular sub-species, sooner than later, they tend to show up. I had recently written about how much I wanted to see Plum-Headed Parakeets. About a week later, in Kerala, I spotted a large number of them on different occasions. Each one – an apple tart, wrapped in painted cabbage leaves, with wings.

There were so many flying around, from one tree to another in search of food. I wanted to curl into a foetal position by the side of the road and wildly smile until nice people in white coats chaperone me to a happy and well-padded place. 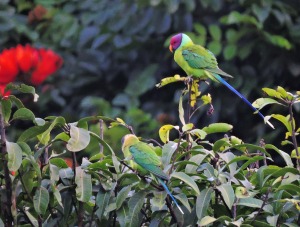 But I wasn’t able to photograph any of them to my heart’s content. Every time I saw them, I began panicking about how gorgeous they looked. There was so much beauty in them that my fingers trembled whenever I tried to click just a photograph.

I could have handled it if it was a single one or just a pair. But there at least 6-8 of them every single time. It was too much for me to handle with care. Even when one separated herself briefly from the flock, I wasn’t able to do her justice. The photographs, except for a few, ended up looking as though they were drugged and had their kidneys stolen. 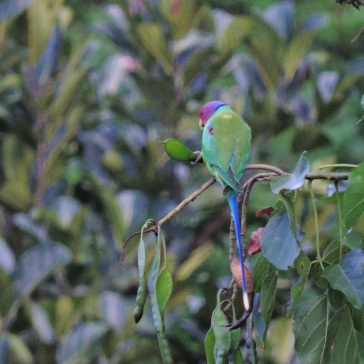 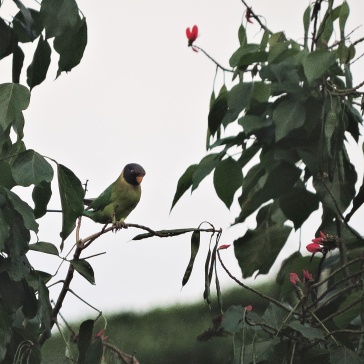 On the final day, a flock of Plum-Headed Parakeets dropped by to say farewell. There were about four couples. And let’s just say that they won’t be calling me anytime soon to take their family portraits.

I don’t mind at all. Just as long as they keep showing up. 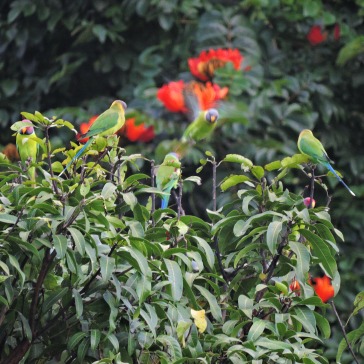 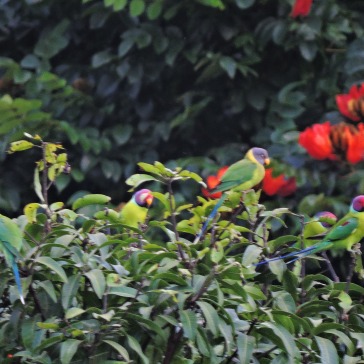 Leave a Reply to Becky B Cancel reply