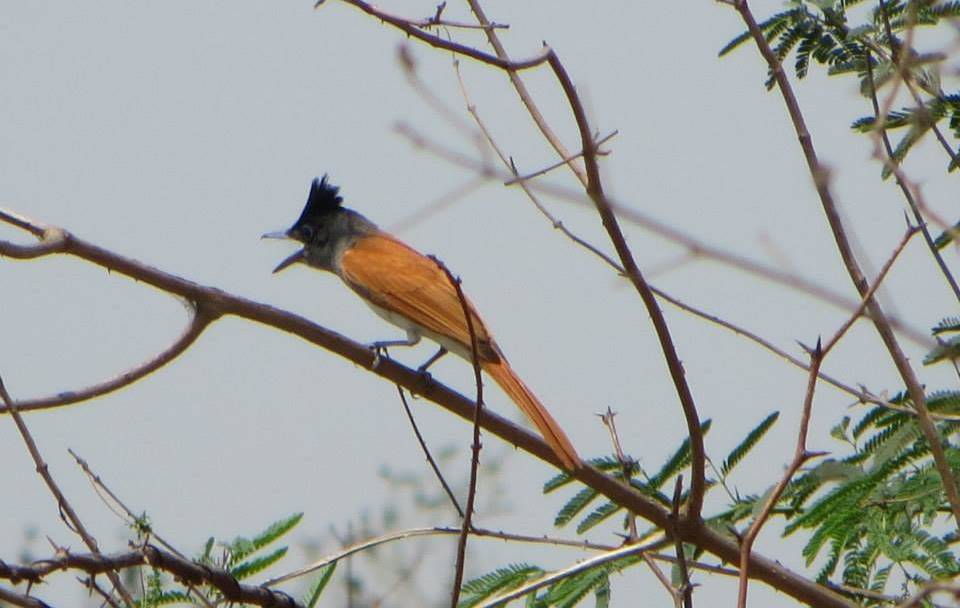 I have obsessed over spotting the Asian Paradise Flycatcher for years. She is one of those birds who looks as extravagant as her name might suggest. That’s not the case with let’s say the Streaked Fantail Warbler. Her name may suggest that she looks like Captain Planet’s arch-nemesis. In reality – she resembles a house sparrow wearing a shawl, just having a bad hair day.

Two summers ago, a year after I had started birding, I was with a friend of mine near Ponneri town (on the way to Pulicat Lake). We were off to a good start, having spotted a White-Eyed Buzzard at first light. The sun came out early that day though, forcing us to soon seek shelter.

As we were trying to find shade, we saw a damsel fluttering past a palm tree, in a bright orange uniform. She had a glossy crested head and a black-and-rufous plumage. Either we had seen the Asian Paradise Flycatcher or it was drizzling orange daylilies and we had caught the friskiest drop.

But it was a little anticlimactic. Although beauty is subjective, it can be agreed upon that in the animal kingdom – males look more attractive than the females. Hence every time I had imagined being in close proximity to this shy passerine bird, I pictured the male, with his long tail feathers dipped in ivory and silk; his velveteen crown.

Still, we giggled like school children when we recognized the bird as a gorgeous juvenile female.

In our eagerness, we followed her every time she flew further away from us. Eventually, we either annoyed or scared her to the point that she never came back. My friend felt more bummed out than I did. Only a week prior he had shared a connection with a Pied Kingfisher. And he felt as though he had ruined it by disturbing this beauty’s morning rituals.

A few months later, I spotted a female again at the Vedanthangal Bird Sanctuary. And then another while inside the Theosophical Society premises in Chennai. It has been almost a year since the last time. And I have revisited these places at least  a hundred times. I am yet to spot the male.

I am sorry, my beautiful orange juice box with wings, please tell the men in your extended family to forgive me too.

I had written this post many months ago. And since then, my love affair with the Asian Paradise Flycatcher has grown and continues to move me in ways I cannot fully understand. You can read about it below.

Following a flyctacher to paradise: Part 2 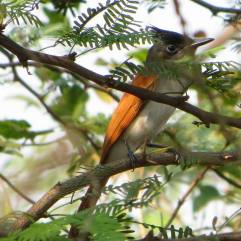 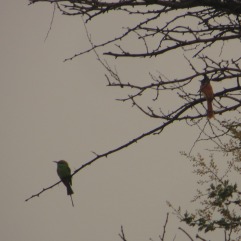 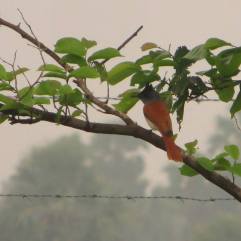 46 thoughts on “Following a flycatcher to paradise: Part 1”