An eagle undresses
the clouds after the
summer rain, seducing
the wild blue yonder
to show a little skin
and a tattoo of the moon
on its cream cheese cleavage.

I freeze a little every time I spot an eagle. Ever since I heard that they fly above the clouds to avoid the rain, I have been hopelessly smitten by then. But it hasn’t been easy to spot them.

I have only see three members of the local Accipitridae families – the Crested Serpent Eagle, the Indian Black Eagle and the Grey-Headed Fish Eagle. The first two are regulars in many parts of Tamil Nadu and Kerala. The Grey-Headed one was an accidental sighting during a trek to the Anjuveedu waterfalls in Kodaikanal.

Undoubtedly the most fascinating parts of these sightings have involved these raptors tearing through the morning skies. The way they dance across bluing canvases, surveying the land below for prey while keeping an eye up there for perceived threats.

I have seen them hunt just once. An adult Crested Serpent Eagle swooped in, somewhere in the Valparai foothills, and wreaked havoc on a crow’s nest. He disappeared in a flash with a crooked grin and a mouthful of flesh, as a pair of crows tore after him but in vain. It reminded me of any scene in a Quentin Tarantino movie in which the bad guy wins, but he does it with such style and grace that the audience secretively roots for him to escape, rewarded yet unscathed.

Watching eagles soar is also akin to wrapping your head around how insignificant the human form when compared to the vastness of the universe. It can be unsettling at first, given how ill-equipped the naked eye is to track their flights of grandeur, but thereafter saunters in comfort, like red-hot embers on a cold night. A serving of solace that comes uninvited, but with such honesty that we let go of our inhibitions about being chained to the ground. 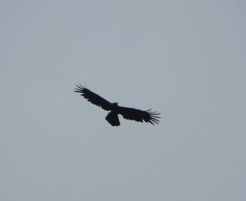 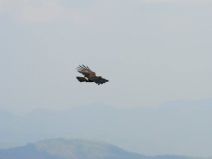 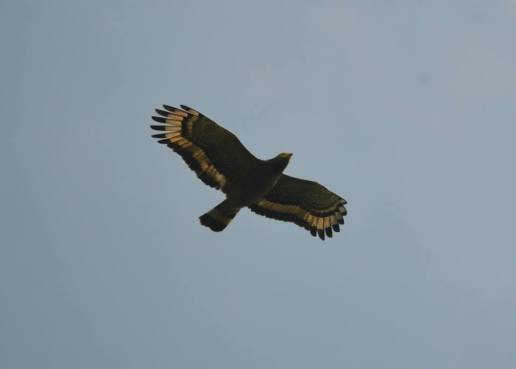 46 thoughts on “Thereafter there flew a raptor”