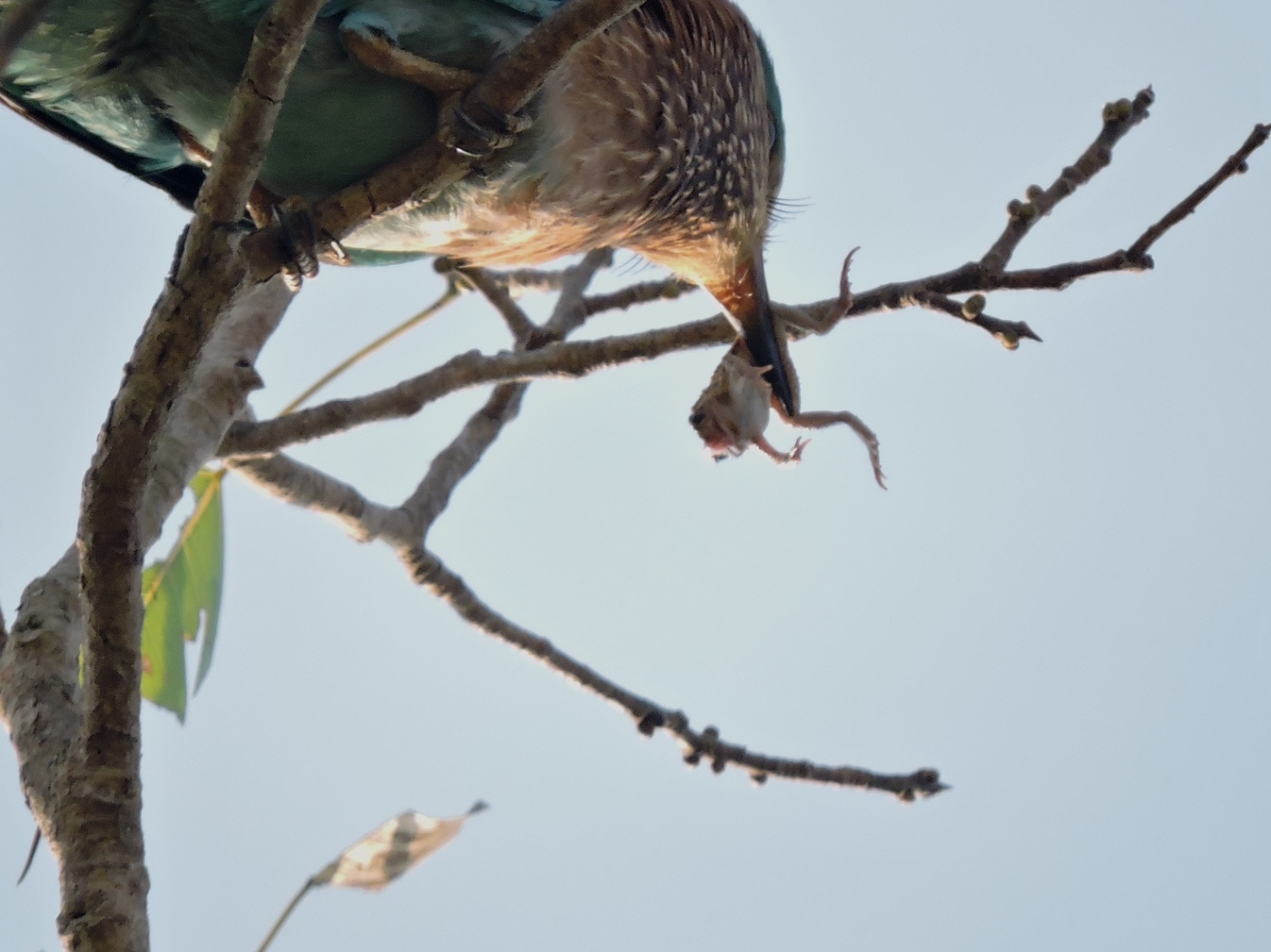 She
stirs
at dawn,
storing
dewdrops
in the
lining of
her eyes,
sewn shut
but torn
inside,
like cypress
sachets.
She
yawns
in strange
watercolours,
devouring
the caterpillar
cadavers that
are the
flaying limbs
of her prey.

I have been pleasantly in denial that birding season was over for the first half of the year. Thirty minutes into a birding trail a few days ago, I was ready to give up hope. Only the spotted owls showed up. At this point, I don’t look at this particular family of owls as actual birds. Not that they aren’t magnificent, inspiring, warm-blooded, winged and egg-laying vertebrae. It’s just that I think we are buddies now. The owlets just doze off in front me.

It is getting unbearably hot in this part of the world. That we, as a species, have quarantined our bodies and polluted the environment to the extent that air-conditioners have become basic necessities is besides the point.

With the sun frowning down on its dried up lake, Vedanthangal Bird Sanctuary looked like an angry elderly person. Like Clint Eastwood in every movie he ever acted in as a police officer. A couple of Golden Orioles flew about, but they escaped my lenses. A Southern Coucal showed up and acted all pricey. A Common Hawk Cuckoo played hide-and-seek. But it was dawning upon me that this was how it was going to be until October. A couple of residential birds stopping by to say hello. It will be beautiful. But it will leave me wanting a lot more out of the birding experience.

As I crossed the tallest watchtower in the sanctuary, I heard an Indian Roller’s (Blue Jay) call. There was commotion up in a palm tree as two of them, draped in a blue-and-golden three-piece suit, flew out.

One of them landed on another tree right above me. I don’t photograph these birds because of how common they are. But I noticed something fishy about this one. I thought she had a fish in-between her beak. It was breakfast time after all. I zoomed in and saw that it was a frog. She tossed the fellow about, placed him on a branch, tore him to bits and devoured his insides. It was one of the most beautiful things I had ever seen.

Now that the migratory birds have left places such as the Vedanthangal Bird sanctuary, the residential birds apparently want to strut about and show themselves in ways I have not seen before.

Perfect. I am ready.